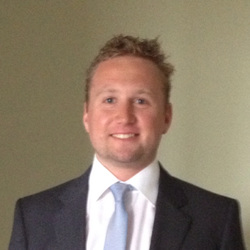 Starting out as a patrolling lifesaver at seventeen years of age, Ashley has completed over ten years of patrol service at the Waratah Beach Surf Life Saving Club. These years of involvement have included the development and delivery of lifesaving training programs in Bronze Medallion and IRBs as a trainer, assessor, Chief Instructor and Bass District Officer for LSV. Many of these have been in the format of residential camp programs. Ashley was part of the group who developed and ran the first Bass District LDC and was co-coordinator in the second year it ran growing the camp from 10 participants to 30, sourcing additional development funds through state government grants. Over the years Ashley has brought his experiences as a participant on the SLSA National Leadership Development Camp and his experiences in business leadership and management to the development of the leadership content of the Bass District LDC.

Ashley has held several club positions becoming very familiar with lifesaving politics and managing volunteers particularly through employment as Protocol Coordinator for the ILS World Championships in 2006 and has built a strong network within lifesaving circles as a result.

As a young lifesaver Ashley took the opportunity to contribute to lifesaving through various leadership roles as a Patrol Captain, Vice-Club Captain and Chief Instructor. These experiences contributed to Ashley’s success as the Business Development Manager of a steel fabrication company, where skills and abilities in leadership combined with a natural drive to achieve and initiative have seen him provide direction and focus to the company, developing strategic and operational plans to grow the business including buying out competitors.

Over the years Ashley has been a key organiser in a number of training and development initiatives in addition to the Bass District LDC. These have included numerous residential camps for training in Bronze Medallion and IRBs and organising committee member for the Bass District Development Conference 2001. 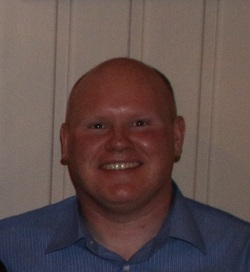 Robert is a current active lifesaver with extensive experience in the delivery of residential lifesaving and leadership development programs. As a past participant, leader or coordinator of a number of regional, state and national leadership development programs, Robert is familiar with the desired outcomes of leadership programs for surf lifesaving and the rewards and challenges in trying to achieve these. Robert has developed numerous programs with targeted aims with great success. Many of these programs have leveraged off his extensive experience in vocational education and training to provide existing lifesaving training courses in interesting new ways enhancing outcomes for participants as well the broader lifesaving movement.

As volunteer lifesaver, Robert completed his Bronze 17 years ago. Robert has actively patrolled and trained at the Waratah Beach SLSC since gaining his Bronze Medallion as well as acting as Patrol Captain most of these years. In addition to these frontline lifesaving duties, Robert is an active committee member having held roles including Club Captain, Chief Instructor, Secretary and currently President. For this service he was made a life member in 2011.

Programs that Robert has developed, or assisted in the delivery of, in the area of youth development include; club bronze camps, originator of the LDC concept and Bass District LDC Coordinator for five years, organising team member for the LSV 2007 Leaders in Lifesaving program and State Leadership Development Coordinator and program coordinator of the 2010 Building Leaders program. 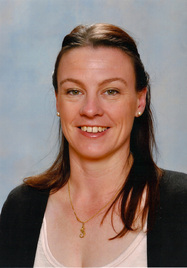 Nyree is a registered teacher who has worked as a generalist teacher and specialises in both primary and secondary Physical Education, Health and Science. She has over 17 years experience in working with students from a wide range of ages and cultural, economic and social backgrounds. Nyree mentors and trains pre-service teachers on a regular basis and frequently conducts professional development sessions for staff within her school and region on the use of Information and Communication Technology in the classroom and pedagogy.

Nyree has directly been involved in Surf Life Saving for over 20 years. She has worked in both a paid and volunteer capacity and has previously held roles on Life Saving Victoria’s Operations Council as State Training and Assessment Officer and State Membership Development Officer. Nyree has designed and implemented multiple training and leadership development programs at District and State level. These roles have included the development and/or assistance in the delivery of 2007 LSV Leaders in Lifesaving Program and the 2010 Building Leaders Scholarship, club bronze camps, IRB camps and the Lifesaving Development Camp where she has held the positions of Director, Camp Coordinator, Camp Administrator, Training Coordinator and many more.

Nyree has worked in a range of indoor and outdoor environments in roles such as AUSTSWIM teacher, Level 1 swim coach, Level 1 Surf Life Saving Coach, pool lifeguard and surf lifesaver. As a trainer, assessor, facilitator and mentor Nyree frequently works with young lifesavers developing their skills and assisting them to reach their potential. She has held many positions within her own club, some of these roles include President, Secretary, Chief Instructor and Patrol Captain being awarded for these significant developments and contributions as a life member of Cape Paterson SLSC in 2010; and in 2015 Nyree was one of five Victorians selected to attend the National Leaders Masterclass. 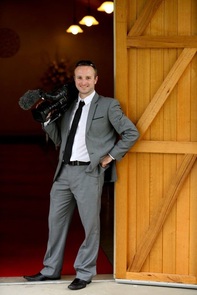 Russell is an active and passionate lifesaver and mentor within the lifesaving community. His involvement in the many aspects and disciplines of lifesaving reinforce his dedication to the organisation. Russell has been involved with RLSSA and SLSA over the past 17 years. Over that time he has worked with students in both the pool and surf environments as a trainer, assessor, facilitator and mentor in roles such as AUSTSWIM teacher, Level 1 swim coach, pool lifeguard, surf lifesaver and surf lifeguard.

Russell is very diverse within the various disciplines of lifesaving and has a history of sports administration beginning at Gippsland Sports Academy as Program Manager for swimming. Within Life Saving Victoria, Russell has held the position of State Training Strategy and Communications Officer and was also an instructor and the administrator for the State Advanced (Gold) Lifesaving Camp for a number of years. As Chief Lifeguard for the Bass Region, he was also the manager for rookies and seasoned lifeguards. At a District level, Russell held the position of District Officer for a number of years and helped establish District based training and requals. Within his own lifesaving club (Venus Bay SLSC) he has taken on various roles including Club Captain, Patrol Captain, Gear Steward, Radio Officer and other supporting club officer positions. 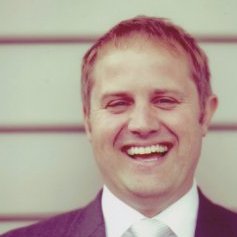 Stuart is a registered nurse with many years experience in the pre-hospital, inpatient and community environments.  He has worked as a Trainer and Program Coordinator for Mercy Health where he developed, implemented and evaluated training programs and resources for all qualification levels. This position enabled Stuart to coach, instruct, supervise and assess trainers and assessors within the healthcare environment. He also acted as a subject matter expert for first aid, emergency management, OH&S, General and Mental Health Nursing. As part of Stuart’s role he also developed, implemented, delivered and evaluated Mercy Health’s highly successful Middle Management Program.

Through Life Saving Victoria and Lake Mountain Ski Patrol Stuart has gained more than 15 years experience in the pre-hospital environment in both a paid and volunteer capacity. Within his role as the Director of Training and Assessment he drove the implementation of Life Saving Victoria’s Advanced First Aid Course and formed the State’s Medical Advisory Committee.

Stuart been the delegate for Life Saving Victoria on the Victorian Branch of The Australian Resuscitation Council (2000 to 2006) and worked as a Member of Surf Life Saving Australia’s National Education Resource Development Panel (2008 to 2012) at a national level.

Stuart employs a solution focused approach and work closely with stakeholders to utilise best practice and meet customer needs.  He has experience working within tight timelines with limited resources and has managed people and projects in complex multi functional organisations both in the public safety and healthcare industries.